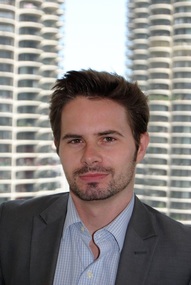 Michael Barrett, American, lived five years in France before returning to Chicago in 2012 to work for Leo Burnett, an American advertising agency. He lived in Lyon, Grenoble and Paris, where he studied and worked as an English teacher, then as a communications professional with AmCham Rhône-Alpes and BBDO, a Parisian advertising agency. He obtained a Masters in "business communication and international management" at the University of Grenoble and worked at the American Chamber of Commerce (AmCham) in Lyon. He also studied in Angers and an internship Sciences Po Paris. Very active in the American community in France, he is currently communications consultant, translator and English teacher. he also created a blog called "Expat in France" for expatriate Americans in France that we recommend to all. Chicago continues to feed his blog and working on different information projects on the expatriation of Americans in France.
Michael Joined Seagull Institute in 2013
Back to Our Team