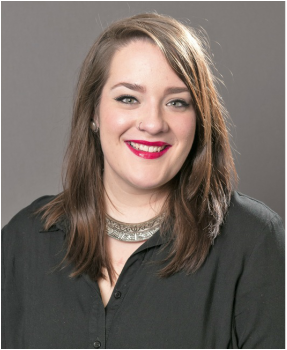 ​Kelsey Morehead earned her bachelors degree in both French and International Studies, with a specialization in Human Rights and Social Movements, and a minor in Norwegian from Indiana University in Bloomington, Indiana in 2011.

Upon graduating, Kelsey moved to Chantilly, France where she spent the academic year working as an English Teaching Assistant with TAPIF (Teaching Assistant Program in France) at the local high school. One of Kelsey’s most memorable and impactful experiences, it afforded her the opportunity to live abroad and to truly immerse herself in the French language and culture that she fell in love with so many years ago.

Shortly after, Kelsey returned to Indiana University and accepted a position as House Manager at one of the residence halls on campus. It was in this role that Kelsey gained a wealth of experience in student affairs, emergency response, teaching, as well as event planning and programming. During this time, Kelsey discovered her passion for educating and mentoring students as they work to realize their dreams and decided there was no better way than to serve as an example.

In 2015, Kelsey made Chicago her home and began a new journey, pursuing her masters degree in French and Francophone studies at the University of Illinois-Chicago where she also works as a teaching assistant in the French basic language program. Kelsey works to share her love for the French language and francophone culture with her students, while encouraging them to step outside of their comfort zones and explore the world around them through educational and cultural exchange.

Kelsey joined Seagull Institute as a Program Coordinator in May of 2016 and couldn’t be happier to be a part of the team.

In her spare time, Kelsey enjoys attending exhibits at one of Chicago’s many museums and getting to know the city as her new home.
Back to Our Team