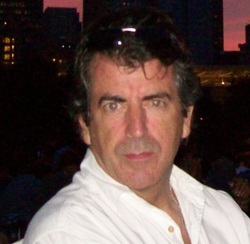 Chris Greiner received a Bachelor's Degree in Creative Writing at the University of New Mexico and a  Master of Fine Arts  at Columbia College Chicago.  Before coming to Seagull Institute, he was the Director of International Programs at Columbia College for eight years.  At Columbia College, he initiated and developed international study and exchange programs for undergraduate students, facilitated the many faculty exchanges, and organized Columbia College's  very first staff exchange program.  In these exchange programs, collaborating with institutions such as: Dublin Institute of Technology, L'Ecole Nationale Supérieure des  Beaux-Arts, University of the Arts London, Istituto Lorenzo de' Medici, University of East London, and the European League of Institutes of the Arts.   He also served as College Adviser for the US Fulbright Graduate and Research Grant programs.  He co-wrote the Columbia's first study abroad agreement allowing hundreds of students to spend a semester or summer abroad.

Chris is a writer and currently teaches writing as Adjunct faculty at Columbia College in Chicago.  The life that led him to Seagull Institute passed through five American states and two countries.   From the Catholic seminary in Seattle to the International Brotherhood of Electrical Workers [IBEW] as a union electrician and then three years in France before arriving Chicago in 2001.
Back to Our Team