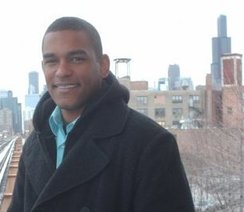 Nicholas Glenn received a Bachelor of Arts from Columbia College Chicago in Marketing Communications with a focus in Public Relations and Public Speaking. Nicholas was involved in the 2008 presidential campaign as an Obama Field Organizer and Headquarters Intern. In 2009, Nicholas volunteered with Chicago Event Management serving  in various volunteer leadership roles for the Chicago Marathon and Shamrock Shuffle.

During his professional career Nicholas has helped historic Chicago institutions share stories that promote education, the arts, and discovery. While representing the Chicago History Museum and Adler Planetarium he gained PR placements with the New York Times, Chicago Tribune, Harper's Bazaar, and many other publications.

Since 2010 Nicholas has served at Seagull Institute as a Public Speaking instructor and as a Master of Ceremonies  at many Seagull student organized events. Nicholas values how Seagull introduces French students to segments of Chicago culture and business that any Chicago native would feel lucky to experience.
Back to Our Team