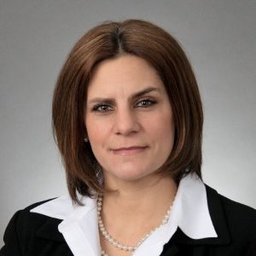 Blanca just joined Seagull Institute as the Business development consultant for Mexico and Latin
America. Blanca’s professional profile is fully bi-cultural, having worked in the areas of
international export consulting, business development, marketing and public relations.
Blanca is currently the President and Founder of U.S.–Mexico Partners, a consulting firm helping
businesses and individuals make meaningful connections and generate business between the U.S
and Mexico.

Blanca brings over 15 years of experience in helping companies, businesses and individuals
connect. She is the former Executive Director of the US. Mexico Chamber of Commerce, where
she managed and operated all the activities of the organization.
Before the chamber, Blanca was the marketing manager of a Cheese manufacturing company,
Mexican cheese Producers where she designed and executed the company’s National marketing
strategy.

For a total of 12 years, Blanca worked in different areas of Mexico’s Bank for Foreign Trade, both in Mexico and in Chicago. She was Deputy Trade Commissioner, where she was an expert in advising Mexican companies in how to penetrate American markets with the right pricing, marketing, logistics, and business development strategies.
Throughout her career, Blanca has built strong networks in the Chicagoland area and the business community and is now excited to expand Seagull’s reach into Mexico and Latin America.
​
Blanca speaks fluent English, French and some Arabic. She holds a B.A. in International Relations
from the U.S. International University in Mexico City and a M.A. in Philosophy from De Paul
University in Chicago. She is also a competitive athlete having participated in numerous
triathlons, including ironman distances, road races and marathons.
Back to Our Team