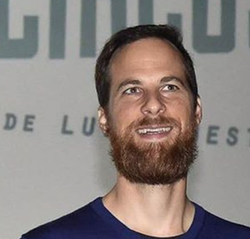 Arnaud Bettan is a French entrepreneur, Producer and Author. He owns different companies: The illicit Producers Limited (Louisiana), Nola Circus Productions LLC (Hong Kong), and White Sheep Production (France). Arnaud is also the author of the book named “Produis Ta Vie” (Edilivre) about how to create a business from scratch and about movie production in the USA. He previously founded Million Dollar Film in France (2011-2015) and he has a property investment company that has 6 apartments.
Arnaud studied economics at the University of Evry and Rennes. After, he was caddy on the Golf European Tour for 2 years, by the way he traveled in 20 different countries. He  spent 6 months in Montreal and he started his sports-marketing career at Havas Sports in 2004.
Between 2004 and 2011, he developed his knowledge, skills and network in the Havas Group. He was in charge of web advertising, web consulting and new business project. His clients were FFGolf, Allianz, FIFA, IOC, Orange, SG, PMU, and more.
In 2011, he decided to change his life to create something that makes more sense for himself. His ultimate goal was to develop a business that will generate passive revenues. And the copyrights is a very good way to do it.
Arnaud is passionate about sports and especially about golf. He is a contemplative, he loves to look around and try to understand what happens. He likes to have a healthy lifestyle, gets up early and pays attention to what he eats and to his health. He is hyperactive and hates to lose his time. He likes to spend the winter months in Asia or Reunion Island.
His role models are Nelson Mandela, his father, Jimmy Fallon, Dwayne Johnson, Luke Donald (golfer), Dustin Johnson, Ronny Turiaf, Ryan Reynolds, and Adam Levine. Arnaud’s dream is to meet Barack Obama. His favorite books are 4 Hours week by Tim Ferris and Rich Dad Poor Dad by Robert Kyosaki.